PLANTS FROM THE BEST CORNERS OF THE WORLD 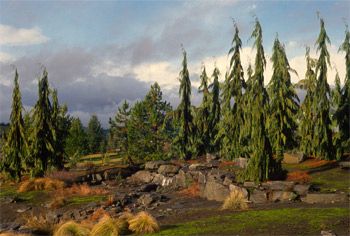 Display Garden Buchholz & Buchholz Nursery, home for the Flora Wonder Arboretum™, has amassed thousands of different plant species and cultivars. Currently the collection has representatives from all seven continents. Many are noteworthy species in themselves, while others are natural and intentional hybrids, and finally there are many superior (or curious) selected cultivars (cultivated variants).

This vast collection was purchased or traded for, or donated by other avid plantsmen, or in some cases discovered at the nursery or in the wild. Talon Buchholz, founder of the nursery, and some of his excellent employees have traveled throughout the world—indeed to its "Best Corners"—in search of the new and the improved. The company proudly enjoys supportive relationships with some of the world's best horticulturalists and collectors, distinguished Plantsmen from the best corners of the world.

All plants in cultivation (including our weeds!) have a story. They all came from somewhere or evolved somehow. It is often a fascinating journey to trace their origins and the people responsible for their introductions. The Heroes of Horticulture from the past and present can range from intrepid explorers in wild lands to a grower with a keen eye in a small nursery. 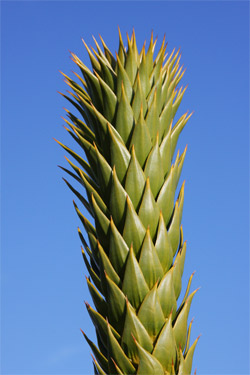 One can travel the world in just a few short steps in the Flora Wonder Arboretum™, or in fact, by taking a leisurely stroll through any well-tended neighborhood. Perhaps you'll encounter a north-African conifer, the "Atlas Cedar" (Cedrus Atlantica), from the Atlas Mountains in Morocco. Horticultural efforts have given us blue, yellow and green trees, both narrow and broad, large and small, one for practically any gardening purpose.

Further along you might arrive in Asia and enjoy the "Dove Tree" (Davidia involucrata) in bloom. Once the Holy Grail of trees at the turn of the 1900's, it was successfully introduced into France and then England shortly thereafter. Selection and discovery has now supplied us with dwarf and narrow Davidia, or with flowers larger than normal, or the ability to flower much more young than normal, and finally with some selections where leaves are strikingly variegated.

In Australia the "Wollemi Pine" (Wollemi nobilis) was recently discovered not far from Sydney. The botanical equivalent of a living dinosaur, it has been distributed widely in a short time where it is hardy. Marvel at the surprising survival of a genus that offers insight into an ecosystem many millions of years old.

An impressive representative from North America might be the "Giant Redwood" (Sequoiadendron giganteum) from the Sierra foothills of California. Imagine the awe of Native Americans who walked amongst the most massive trees on earth. Redwoods are now spread across America and Europe and probably other lands. Cultivars are available in all shapes and sizes, and even in various colors. 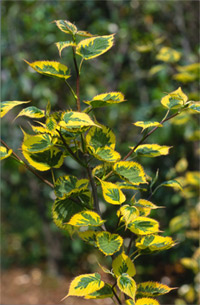 South America contains countless species, many of which await discovery or have already been destroyed. From Chile, however, comes a curious favorite, the "Monkey Puzzle Tree" (Araucaria aruaucana) which was introduced into England in the late 1700's and was very popular during Victorian times. Americans and other Europeans love the tree too, and even school children can instantly recognize it.

Finally, from the Antarctic, one of only two species that flower is a "Pearlwort" (Colobanthus quitensis). While you won't find it yet in neighborhood gardens, perhaps someday we can make that happen. This delightful moss-like creature produces tiny white flowers and is a soft green cushion for a rock garden or trough. And yes, it is very winter hardy!

There, a cheap trip, one that we can all afford. Enjoy our photo library and marvel as you travel with us to visit "Plants from the Best Corners of the World™."